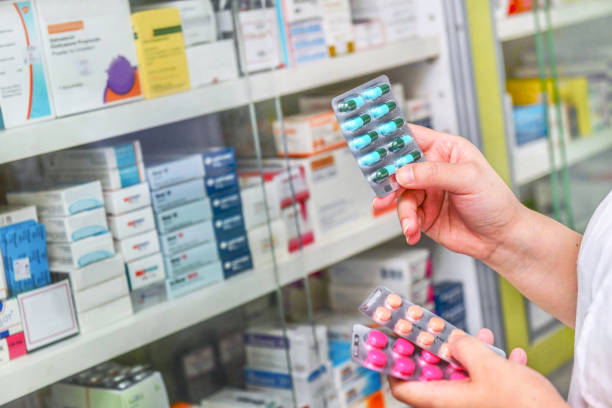 In Turkey and around the world, many studies have been carried out recently to expand the list of over-the-counter drugs. Although the expansion of the OTC list is not viewed positively by some circles, many institutions and organizations support the work done to develop the OTC list. The Ministry of Health announced that a scientific commission was established to expand the list of over-the-counter drugs. It is aimed to increase the number of OTC list, which is high in the world, in Turkey as well. With this decision, does the way for the sale of drugs in the markets open to the minds as in the EU countries? His question is coming. Although there is no clear answer to this question yet, it is said that expanding the list of over-the-counter drugs will have very advantageous results by many institutions. In particular, it is stated that the cost burden on the Social Security Institution will be alleviated with the expansion of the OTC lists, and it is stated that the bureaucracy of people printing prescriptions to buy drugs with very low costs will be an obstacle in terms of bureaucracy and the costly consequences for the institutions will be eliminated with the decision to be taken.

OTC, which means “Over the Counter” and means “over the counter”, means OTC, which refers to the drug group that can be sold without a prescription and does not cause legal problems. To give an example of this drug group, vitamin pills and some supplements are defined as over-the-counter drugs.

Recently, many large pharmaceutical companies have been conducting new studies to expand their OTC, that is, over-the-counter drug lists. The main reason for this is the price and payment problems between companies and health institutions. When institutions request extra discounts for a drug with a reasonable market price, the company has problems with cost. In addition, due to the fact that many drugs are not given without a prescription, it becomes impossible for citizens without health insurance to access these drugs. Due to the problems experienced in the global arena, companies have been trying to equalize the cost burden by increasing their investments in non-prescription drugs, especially for the last 5 years. The OTC market developed in a short time, thanks to the investments made by large companies for the development of over-the-counter drugs. With this move of the companies, the OTC market reached 10 billion liras from 5 billion liras in a short time.

Some circles, who think that there will be many problems with the development of the OTC market, state that this practice will determine the price of drugs by companies and the competitive environment will have negative consequences. After the over-the-counter drug lists are expanded, the circles, who are worried that some drugs will be used unconsciously, oppose the OTC application. Institutions and individuals stating that companies support OTC in order to get rid of prescription pressure, state that they are concerned that drug prices will increase more within the scope of the free market and this situation will reflect negatively on the citizens.